Interview With Dana Carpender on LCC 2014 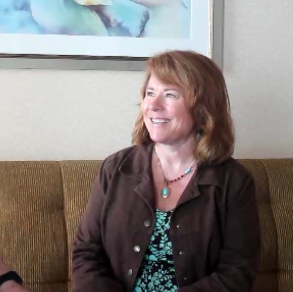 Dana Carpender has been a regular on the Low-Carb Cruises for several years. Her book, “How I gave up my low-fat Diet and Lost 40 Pounds” is a timeless classic. In fact, it was one of the books that we read back when Mrs. N=1 and I started our own low-carb journey roughly 15 years ago.

She has sold a total of over a million copies of her books since then.

The photo on the right is linked to her very popular “Hold The Toast” blog.

An aside: I went back to read some of the negative reviews of “How I gave up my low-fat Diet and Lost 40 Pounds” and found them quite hilarious. Most of them stridently warned about the “dangers” of low-carb diet and ketosis. One of Dana’s favorite sayings is that her kidneys have stubbornly refused to fall out even after 19 years of low-carbing.

It was a real honor to be able to chat with such a high-profile celebrity. We had chatted several times before this interview, and Mrs. N=1 and I even got the opportunity to attend one of her summer “meet & greet parties” a couple of years ago, but she has always been so busy that we never managed to record a podcast or a video with her. That finally changed for this year’s LCC. One thing that I did right was contact her prior to the cruise about doing a video, so I had a prior agreement.

However, with her activities and position as one of the featured speakers, it was still a challenge to find a time that fit her schedule. What we finally did was a lunch-break meeting in my cabin, which had the added bonus of natural lighting. Her husband, Eric (to whom she refers as TNBIM*), helped out with setting up and monitoring the operation of the camera.

With that long-winded intro, here is the video of the interview:

Unfortunately, the camera quit about 10 seconds before the actual end of the chat. We just decided to let it go at that point and let that be a wrap.

I am co-owner of NEquals1Health.com, along with my wife, Georgene (Mrs N=1). Read more about me on Howard's about page.
View all posts by Mr. N=1 →
This entry was posted in Book Reviews, Diet, Health, Low Carb Cruising!, Low Carb Fun, Meat-ups!, Paleo. Bookmark the permalink.