Tobacco is GOOD for you! (Oh, wait, that’s Coca Cola) 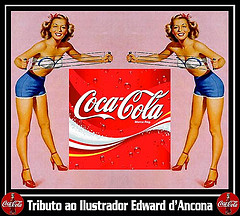 Coca Cola has paid “trusted health authorities” to tell people that their sugar-laden beverage is actually good for you.

I’m not even sure where to begin on this…

Here’s where Tom Naughton would start: HEAD. BANG. ON. DESK.

It smacks of the health claims for cigarettes in ads that I remember seeing as a teenager, back before tobacco ads were stricken from TV.

One of the things that I banished from my diet when I started my low-carb lifestyle in 1999 was all cola beverages. The ones with sugar were banished because of the carb counts. The ones with artificial sweeteners were banished because they had a bad taste. At least until one came out with sucralose as its sweetener — after a short stint of drinking Diet Rite cola sweetened with sucralose, I eliminated that from my diet because it brought back my restless leg syndrome (RLS).