One of the things that I have learned by following a low-carb diet for the last 12 years is that not all carbohydrates are the same. Some are relatively benign, and some are deadly. This is one of the major confounders in current nutritional research.

I recall back in 6th-grade science class an off-hand remark by the teacher that fructose was the ideal sweetener for diabetics because it did not cause a big blood-sugar spike like regular table sugar (sucrose, which is a disaccharide consisting of equal parts glucose and fructose). The diet fads have gone full-circle twice since then, and fructose continues to have a really good reputation as a safe sweetener that is substantially sweeter than sucrose. 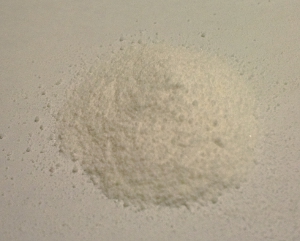 Today, you can buy fructose in bulk at “health food” stores and “new age” grocery stores like Sprouts and Whole Foods.

Recent research has established that the good reputation fructose enjoys is entirely undeserved. Fructose does indeed have a lower glycemic index (GI) than sucrose, but it turns out that GI is not the be-all, end-all for healthy diet. While fructose does not spike the blood sugar, fructose does a great deal of harm in large quantities — and the typical American is getting enormous amounts of this metabolic poison, mostly through carbonated beverages sweetened with the ultra-cheap (because it is taxpayer-subsidized) high-fructose corn syrup (HFCS). HFCS has become one of the top health destroyers in the US (and probably other countries).

Most of the metabolic damage done by sucrose can be attributed to the 50% fructose in it.

Fructose is not the only health-destroyer in the SAD (Standard American Diet), but it is one of the worst. One can of Coca-Cola has enough HCFS in it to overwhelm the body’s mechanisms that were evolved specifically to prevent or limit the glycation effects of fructose. Getting your fructose from fresh fruit isn’t a lot better, because today’s fresh fruit has been selectively bred over several generations for increased sweetness from fructose.

I strongly suspect that while a normal person can deal fairly well with moderate amounts of fructose (e.g. four or five servings of fresh fruit per day), if you have ingested enough of the stuff over a long enough time period, you destroy the body’s mechanisms for coping with it. At that point, in order to maintain good health, you must restrict your consumption of fructose far below the amount that is tolerated by normal (non-obese and non-diabetic) persons.