Red Meat Will Kill You! Not. 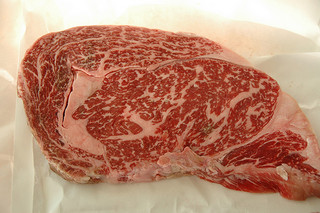 I generally don’t pay much attention anymore to observational “studies” (more accurately:  “formalized wishful thinking”) anymore, but this waste of electrons has been going around the blogosphere prominently enough that even I noticed it.

Here is the conclusion of this “study.”

OOOH! There’s that scare-word: CANCER! But wait — there’s a much more important word in there that most people miss on first reading: “PROCESSED”

It’s interesting that the “researchers” actually distinguish between processed and unprocessed meat. That is somewhat unusual, although the implication in this conclusion is that “processed meat” is the only kind there is. That is further reinforced in the body of the “study.”

And, of course, these “researchers” use “a standardized 24-hour dietary recall” to “calibrate” their findings. This, more than 30 years after it was conclusively proven that dietary recall is so inaccurate that it is worse than useless. If you haven’t actually observed, measured, and weighed what your subjects eat, you simply DON’T KNOW. Period.

The “study” also contains lots of other scare-words, like “sodium” and “saturated fat,” which everybody “knows” are bad for you.

The actual data in the study is presented in a manner calculated to be a sure cure for insomnia. But that data shows some serious problems with the conclusion. First of all, the correlation between processed meat and health problems is not “moderate,” but “slight” when corrected for a number of well-known confounders (and I don’t really trust these “researchers” to properly identify or correct for confounders anyway). Second, if you look at the data for unprocessed meat (which somehow completely escaped any mention in the conclusion), the correlation is NEGATIVE. That’s right, unprocessed meat is associated with better health and lower all-cause mortality.

You’d think that result would be the main thing that the “researchers” would want you to know, right?

Not if you ever want any more grant money, it isn’t.