Interview With Fred Hahn on the 2014 LCC 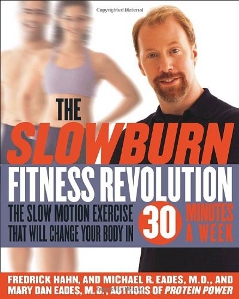 I first met Fred Hahn on the 2011 Low-Carb Cruise, during which the seating arrangements were a bit different than they have been since that year. In 2011, the various celebrities and speakers sat at a different table each night, so we got to dine with 6 different speakers during the cruise. Fred and his nephew were one of the speakers that we got to sit with on that cruise, and  Fred was definitely one of our favorite table mates.

We also took a short intro to slow burn from Fred on that cruise, where he demonstrated the technique to us in a way that made it appear to be reasonably easy.  But an honest effort to do the workout as directed soon made it clear that this was some serious training.

Fred’s approach to strength training  differs substantially from the mainstream. His technique takes up only a fraction of the time of the usual weight training workout, but gets better results in less calendar time. 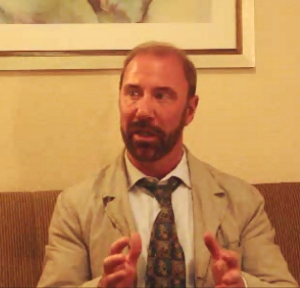 Since we had a camera glitch (I forgot to reformat the camera’s SD card, so we had a false start), and I promised Fred that I would not keep him more than a half-hour, this interview is a bit shorter than some of the others. However, we did manage to cover most of the important points. One thing that I think we didn’t really cover thoroughly was the actual technique of the slow burn, but for that, you can get the details at Fred’s blog, Slow Burn Fitness, or the site he maintains for his business, Serious Strength. Or from one of his books, of course.