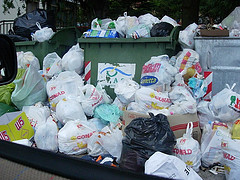 …I’ve just been dealing with some personal overload.

Some updates are in order:

First of all, I have managed to gain about 15 lbs since my last post. I’m not 100% sure about the cause(s), since I have been negligent in tracking all of the usual suspects, but I have at least gotten a handle on it, and have started back down. Unfortunately, due to the damage done to my metabolism by such things as wheat, sugar, and transfat (even after severely restricting all of those items for more than a decade — in particular, the half-life of mitochondrial damage by transfats is on the order of 7 years), it is far easier for me to gain weight than to lose it. I can easily gain more than 2 lbs/day, and not just “water weight,” either.

One of the immediate concerns is my blood pressure, especially since the cheap generic BP meds don’t have much of an effect other than making me gain weight. I suspect the ultimate solution for that is to get off my ass and start lifting weights again. Along with getting more sleep…

Another thing that has worked in the past is the intermittent partial fast, so I will be doing that once or twice a week.

I have vacation coming up soon, and I’ll be going on another cruise. I think that will help. Last time, I was able to lose a couple of pounds on a cruise. I think I’ll try to lose more than a couple this time.

Unfortunately, changing so many variables at the same time will mean that if there is any significant change, I won’t be able to pinpoint the cause(s) without further experimentation.

I am co-owner of NEquals1Health.com, along with my wife, Georgene (Mrs N=1). Read more about me on Howard's about page.
View all posts by Mr. N=1 →
This entry was posted in Diet, Fitness, Health. Bookmark the permalink.