A Defense of Weight Loss Surgery: My N=1 Story

I’ve been flying under the radar, so to speak, for some five years now.  Not that I’ve actively been hiding anything, but considering that my surgical history is really no one else’s business but mine, I haven’t found it necessary to publicize to the world, either here on my blog, or in discussion with my friends and other low carbers, the details of my weight loss surgery and the decision that led up to it.  Howard has been wanting me to talk about my gastric bypass surgery for some time, as my own N=1 story, and I have resisted.

I have decided, though, that it’s time to talk about the surgery, and not in an apologetic way, either.  Why?  Because at some point one has to take ownership of one’s own decisions and not be ashamed of them.  I never have been ashamed of my decision t 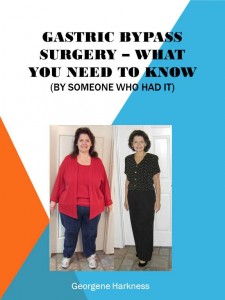 o have the surgery, but I am not the most outspoken person either (though some may be surprised to hear me say that).  Sometimes, it just doesn’t “pay” to be the lone voice in the wilderness, so until now, I have stayed  somewhat low key about the whole process.

It’s also been apparent to me for some time that the entire Low Carb community has a dislike for even the thought of weight loss surgery.  I understand that no one should have surgery on a lark, but I am at a loss to explain why the surgery itself is spoken of in such pejorative terms.  For example, on the Low Carb cruise, I heard this surgery referred to as “cutting your stomach in half,” “discarding the stomach” (which, by the way, is not generally done), or “gut mutilation.”  Even Howard uses that pejorative  when talking about gastric bypass surgery.  Now, granted, these things may all be true, but is plastic surgery generally referred to as “hacking off your fat”?  Not generally.  While I understand the desire for weight loss surgery to be unnecessary, I would disagree that “if only people knew about low carb, weight loss surgery would not be necessary.”  I am here to tell you that EVEN those who know about – and follow – a low carb diet sometimes have to take extraordinary measures to get rid of the weight.

I have started, and stopped, many times, to publish “my story,”  here on this blog, but I felt like somehow I was a failure for not succeeding at low carb.  And then, my biggest supporter (Howard, of course) suggested I  just write the darn story, beginning to end, and let everyone know about it.  Shame be damned, and it is, after all, my N=1 story.

So, I did.  And now, if you have any interest, you can read my story.  I published it a few weeks ago for the Kindle platform, and it can be purchased here.  The price is only $4.99, and while I don’t expect it to be a featured free ebook, if I do promote it with a free day, I’ll be sure to post it here.

Here is what the book is about (as taken from my Table of Contents):

And what about you: have you considered this surgery and decided against it in favor of low carb (or any other eating plan)?  Are you glad or sad?  Did you go ahead and have the surgery and sometimes feel a little like you’re looked down upon?  Here’s a great place to say it, because I will never put anyone down who takes a positive step on her way to health.