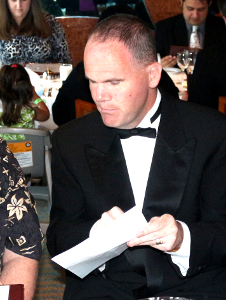 Jimmy Moore at Formal Night on the 2013 Low-Carb Cruise

When I saw Jimmy Moore just before the Low-Carb Cruise, I was surprised to see that he was sporting a burr haircut. He explained that he had a hair analysis done, which required a sample of hair very close to the scalp, which left an unsightly hole in the hair on the back of his head, so he just got a burr cut to let it all grow back out evenly.

I managed to get a video interview with Jimmy and Christine, where I had the opportunity to discuss that in more detail. I plan to post that interview in the next few days (it takes me a long time to prepare video, mainly because I don’t have a lot of experience with it — yet.)

He recently posted the results of that hair analysis. There were several interesting things in the report, but one that stood out for me was excess aluminum. He stated that he was looking for a good alternative for antiperspirant. (Hey Jimmy! If you are reading this — I may have an answer for you!)

I have been avoiding excess aluminum, mostly in the form of antiperspirants, for about 30 years. But it took me a while to find an acceptable way to control underarm odor.

I had read back then that aluminum had been associated with Alzheimer’s, which was pretty scary to me, especially since my first wife’s father died from “the disease that kills you twice.” So, I quit using antiperspirants, since that was identified as the main source of excess aluminum.

As a result, I had severe B.O., even with daily showering. I tried a variety of non-aluminum-based deodorants, but nothing worked really well. I went on like that for about two years, sometimes scrubbing out the pits more than once a day.

Then, one day, I went to a doctor to have a large hanging mole removed from one of my armpits. It was a simple procedure of simply snipping it off, but the preparation involved using “green soap,” a very strong antiseptic, to thoroughly disinfect the area.  As expected, this very minor procedure went without any particular problems.

I noticed several hours later, when I removed the bandage, that the armpit that had been scrubbed with green soap had no noticeable odor — but the other side, which I had washed with regular soap and water just before the doctor visit, stunk. 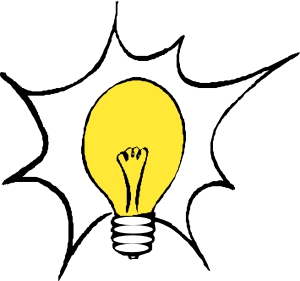 Since then, after normal soap-and-water cleaning in the shower, I use an alcohol wipe to sterilize the pits, and that has been the most effective deodorant that I have ever found. I still have a bit of B.O., but nowhere near as bad as before I started the alcohol wipes. The remaining B.O. is easily controlled with a very small amount of deodorant spray or stick.

Epilogue: While aluminum was associated with Alzheimer’s (and other disorders) several decades ago, correlation is NOT causation. Aluminum is the most abundant metal in the Earth’s crust, and from an evolutionary viewpoint it is not likely that it is the sole cause of any particular disorder. I suppose it is possible that the body can be overloaded with aluminum, and it is possible that aluminum may be a contributing factor in some disorders, so it is probably worthwhile to minimize aluminum exposure. However, the most likely cause of Alzheimer’s is excessive blood sugar. Alzheimer’s is accompanied by insulin resistance in the brain, and the best (recently-discovered) available treatment (not cure — there is no way to revive a dead brain cell) for Alzheimer’s is MCT oil.