A Story About Gluten 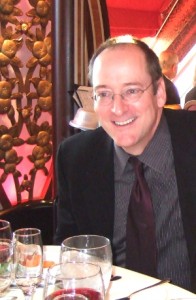 I had the great honor of sitting with Tom Naughton (yes, that Tom Naughton) at dinner Thursday night on the 4th Annual Low-Carb cruise, and among the topics of conversion was gluten. Tom related his experience with gluten elimination, and the resulting end of the chronic pain in his shoulder and hands. I found that story to be very interesting, since I had experienced the same sort of thing. He strongly encouraged me to write down my story, so here it is.

First, some background: My wife and I decided to go on a low-carb diet over a decade ago. It was a move of desperation, because we were both more than 150 lbs overweight. She had been diagnosed with diabetes, and was on two medications (Avandia and Glucophage), and was still having wild blood sugar swings, along with extreme fatigue. I wasn’t quite to that point, but I had a number of health problems, including high blood pressure, poor night vision, chronic severe acne, almost constant heartburn — and a mysterious pain in my hands and knees. That “arthritis” started back in the mid-90’s, and had gradually worsened to the point where I was forced to quit playing my violin in public because I was unable to practice enough to preserve my skill — it hurt too much. I had complained to several doctors about it, and none of them could find anything wrong. One gave me some medication which had side-effects even worse than the arthritis (and, as I discovered when I quit taking it, it was highly addictive!). I decided to simply quit complaining and just live with it after one doctor suggested that I see a shrink (that was the last time I saw him; I don’t suffer fools gladly). My mother also complained of constant arthritis pain, so I assumed that it was just a genetic thing, and I would just have to live with it.

My wife started on low-carb on December 3rd, 1999. I wasn’t quite ready then, but I did decide that I would go along with the diet, starting with reading some low-carb books, specifically with Atkins New Diet Revolution and Dr. Bernstein’s Diabetes Solution. I wanted to be the supportive husband in spite of the fact that I was convinced that low-carb was just a recurrence of the “Calories Don’t Count” fad diet of the 1960’s, and we would certainly be even worse off in six months, just like we had been after every other attempt we had made to lose weight.

One of the things that I observed in her was that she felt really bad for a couple of days after starting low-carb. I had read about “Atkins flu” and decided that rather than going low-carb cold turkey, I would keep a detailed diet log for a couple of days to get a baseline carb count before starting, and then cut the carbs down gradually. I was a bit surprised to note that I was consuming in excess of 400g of carb per day. By day three, I had cut that to 200g. I didn’t feel too bad, so I gradually tapered off the carbs and ramped up the protein and fat. I still kept a detailed diet log. I don’t really remember why, but I think I had read somewhere that keeping a diet log helped in keeping to a diet, and spotting any problems connected with a new diet. A little less than a week into the diet, I cut out the grains completely. No more bread. No more raisin bran with skim milk. No more rice, no more oatmeal. At that point, my wife and I went through the kitchen throwing out stuff.

It was almost as traumatic as going through a divorce, throwing out all those boxes of cereal, loaves of bread, bags of flour (we baked our own bread in those days, because we thought it was ‘healthier’ that way…), canned colas, popcorn (along with the air-popper) and other items we decided we weren’t going to eat anymore.

Two days after I had cut out all grains, something amazing happened. I woke up that morning with no hand pain!

That was really different. I had lived with chronic hand pain for so long that I had grown accustomed to it, and its sudden disappearance really startled me. I didn’t believe it was really gone at first, until I tried a few activities that normally would bother my hands tremendously — like picking up a heavy weight or just pressing down hard on a counter top with my fingertips. I went back a couple of days in my diet log and saw the notation that I had given up all grain, and I immediately suspected a connection. I still wasn’t doing really low-carb (I eventually reached what Aktins referred to as ‘induction’ level, or about 20g/day, but that was about a week later), and at the time, I had not yet lost any significant weight.

That is not the only positive result I have experienced from going on a low-carb diet, but it was certainly the most dramatic. The disappearance of the hand pain is the thing that has made it really easy to stay faithfully low-carb for the last decade.

Am I certain it was the grains? Or more specifically, gluten? Not 100%, but I regard it as the most likely culprit. Plus, since that time, I have experimented with “low-carb” bread (most recently with “low-carb” brownies, which were quite tasty, but contained gluten as a prominent ingredient), and within a few days, I have felt the beginnings of hand pain. I have also researched enough about gluten to convince myself that I am much better off without it in my diet. I am fortunate that I am not extremely gluten-sensitive, since going completely gluten-free is pretty hard to do.

I am now back to playing the violin. I have been giving violin lessons now for several years, and loving it. I am also studying the piano. And except for a few episodes that I suspect are due to eating gluten, I have not had that pain in my hands for over a decade.

And I’m looking forward to seeing Tom again on the May cruise, so that I can thank him in person for encouraging me to write this article.

1 Response to A Story About Gluten